I am a member of the Council on Contemporary Families, International Association for Relationship Research, National Council on Family Relations, the American Sociological Association, and the Population Association of America. I review for journals in family studies, sociology, psychology, and demography.

Because I am an interdisciplinary relationship scientist and family demographer, I have a variety of datasets and projects I am working on. Further, my students’ research interests also dictate what I am currently working on. Overall, my main research areas include: 1) understanding romantic relationship quality and stability longitudinally, and 2) examining how romantic relationship experiences and transitions shape individual development, including both adult and child development. 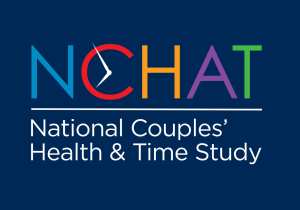 In September 2018, I was awarded as principal investigator a grant titled Mechanisms Underlying Sexual Minority Health Disparities in the United States from the Eunice Kennedy Shriver National Institute of Child Health & Human Development of the National Institutes of Health (1R01HD094081-01A1).

The grant is for  the first population-representative, multi-method, fully-powered study of cohabiting and married couples in both different and same-gender couples called the National Couples’ Health and Time Study. My team, working with Gallup, will recruit 2690 US adults aged 18 to 60 who are cohabiting or married to same- and different-gender partners, along with their partners. The sample will include an oversample of respondents of color. We will collect survey data, and using a mobile phone application platform, we will also collect time-diary and experience sampling method data. Data to be collected include data on family functioning, emotion regulation, stigma, discrimination, physical and psychological health, and health behaviors. The data, which will take about two years to collect, will eventually be available to scholars around the world. Learn more here.

In August 2019, I was awarded a grant titled The All-or-Nothing Marriage? Marital Functioning and Health Among Individuals in Same and Different-Gender Marriages (1R01AG060944-01A1) by theNational Institutes on Aging. This grant will generate a third repeated cross-section (i.e. a third wave) of the Work and Family Life Study (WAFLS) data, complementing and extending cross-sectional data collected in 1980 and 2000. The original data, from 2034 married individuals who were population representative of the US, was collected in 1980 by Drs. Alan Booth, David Johnson, Lynn Rogers, and John Edwards of the University of Nebraska, and was called Marital Instability Across the Life Course. In 2000, Drs. Alan Booth, David Johnson, Paul Amato, and Stacy Rogers, all now of the Pennsylvania State University, collected a second cohort called the Work and Family Life Study. The data included 2100 married individuals who were asked the survey from 1980. With this project, we propose to collect a population-representative 2020 cohort of 2000 married individuals in different-gender marriages and 600 married individuals in same-gender marriages. We will administer both the 1980/2000 phone survey, and we will administer an online supplement that will harmonize with the National Couples’ Health and Time Study. With these data, my colleagues and I will examine age, period, and cohort trends in marital functioning, and it’s association with health, over the past 40 years among different gender spouses. We will also examine the association be-tween marital functioning and adult physical and mental health in individuals in same-gender marriages and compare the magnitude of these associations with individuals in different-gender marriages. These data will also be available to scholars around the world; the first two waves are currently available here.

On a personal note, my husband Aaron and I have four sons and enjoy camping around Minnesota and at the National Parks with our family. Between my husband and me, we have degrees from three Big Ten universities!

I am an avid reader and am on Goodreads. Some of my favorite books by year:

2019
The Power by Naomi Alderman (audio), The Lager Queen of Minnesota by J. Ryan Stradal, Daisy Jones and the Six by Taylor Reid (audio), Maybe You Should Talk to Someone by Lori Gottlieb (audio)

2017
Born a Crime: Stories from a South African Childhood by Trevor Noah (audio), Hunger by Roxanne Gay (audio), You Don’t Have to Say You Love Me by Sherman Alexie (audio), The Readers of Broken Wheel Recommend by Katarina Bivald, All the Birds in the Sky by Charlie Jane Anders, Homegoing by Yaa Gyasi

2016
A Little Life by Hanja Yanagihara, Kitchens of the Great Midwest by J. Ryan Stradal, The Storied Life of A.J. Fikry by Gabrielle Zevin, The Thirteenth Tale by Diane Setterfield,

2015
Big Little Lies by Liane Moriarty, People of the Book by Geraldine Brooks, All the Light We Cannot See by Anthony Doerr

2014
Aristotle and Dante Discover the Secrets of the Universe by Benjamin Alire Saenz, Me Before You by Jojo Moyes, Station Eleven by Emily St. John Mandel, We are All Completely Beside Ourselves by Karen Joy Fowler, Beautiful Ruins by Jess Walter, and The Hundred Foot Journey by Richard C. Morais.

2013
The Light Between Oceans by M. L. Stedman, The Rosie Project by Graeme Simsion , Where’d You Go Bernadette by Maria Semple, and The Roundhouse by Louise Erdich.

Find me on the web: